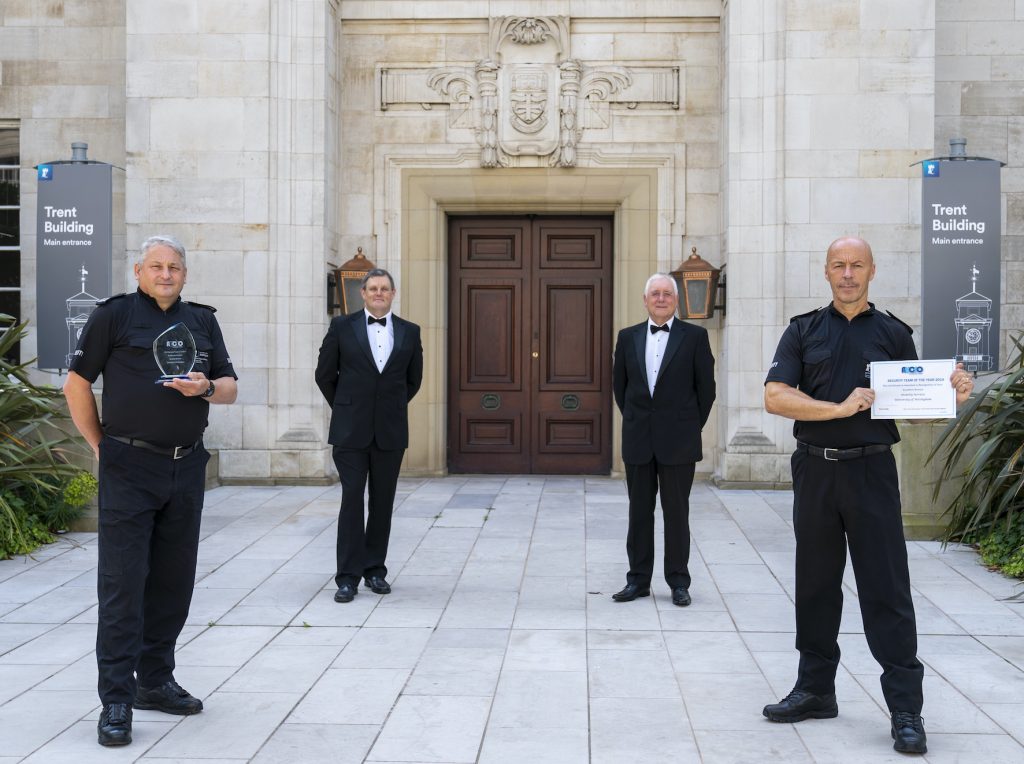 Congratulations to the University of Nottingham Security Services, who won the AUCSO Security Team of the Year 2019, their third AUCSO award, having previously won Security Officer of the Year on two occasions!

The nomination (available to read in the Members Area/Resources/Awards) detailed how ten Security staff assisted in the arrests of serious offenders who used a machete to commit a number of robberies at the University of Nottingham Park Campus last year, resulting in two students sustaining injuries. 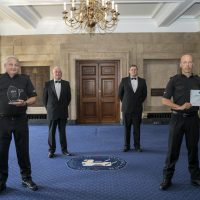 The award, which should have been presented at the annual AUCSO Conference in Edinburgh in April 2020, was presented by the University of Nottingham Head of Security, Gary Stevens, on Wednesday 24 June 2020, in a social distancing ceremony at the Grade II listed iconic Trent Building.  Security Supervisor Clive Manser and Crime Prevention/Reduction Security Manager Mark Davis accepted the award and certificate on behalf of the whole Team. The Deputy Head of Security, Stuart Croy, was also present. (Nice to see Gary and Stuart in their DJ’s!)

This latest award was sponsored by Synetics, a leader in the design, integration, and support of advanced security and surveillance systems.